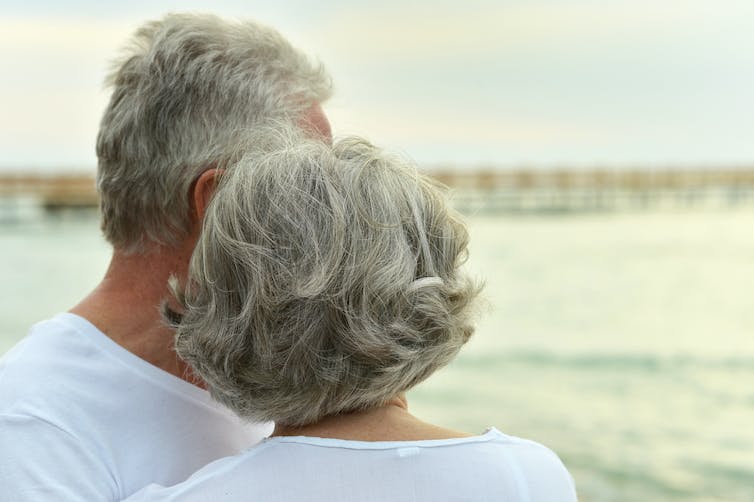 The Australian Study of Health and Relationships (ASHR), the latest findings of which were released recently, has much to commend it. Like its counterpart, the British National Survey of Sexual Attitudes and Lifestyles (NATSAL), it provides an illustration of sexual practices of today’s adults. Both studies share a surprising common finding: respondents in both countries are having sex less often than they did a decade ago.

The two surveys also have another thing in common: both leave out a significant proportion of the population – older adults.

The sample for the NATSAL is aged 18 to 44. The ASHR’s sample is aged 18 to 69 – and the first ASHR over a decade ago included only adults to age 59, ignoring those aged 60 and above. While there may be some justification for leaving out the fastest-growing segment of the population (those aged above 65), it is hard to rationalise why this was done.

There is evidence rates of sexually transmitted infections (STIs) and HIV/AIDS among older adults are steadily rising around the world. Reasons for this rise are multi-faceted, but include a lack of appropriate sex education and perhaps a presumption among many older adults that barrier protection is necessary only for those of reproductive age.

Sexual health researcher Victor Minichiello and colleagues brought up the issue of older adult non-inclusion in a letter in the Australian and New Zealand Journal of Public Health (2003). It was published soon after the release of results from the first ASHR survey. Entitled Sex in Australia: older Australians do it too!, the letter argued that the ASHR study was “flawed” because it could not provide a “reliable portrait” of the sexual health of the entire Australian population. As the letter argued then, those aged above 60 were not a minority.

Those aged over 60 are also not a minority now. A 2011 National Institutes of Health report predicts that by roughly 2016, the world will undergo a “demographic milestone”: older people will outnumber children under five for the first time in history. In Australia, one in four adults will be above the age of 60 by the year 2030.

The prospect of such a population “boomageddon” or “silver tsunami”, as some commentators have dubbed it, prompts governments and global organisations alike to remind us that population ageing is one of the most important social changes facing the world. With such a significant demographic change occurring, why are older adults sidelined in such an important study as ASHR?

Older adults are used to being typecast as frail, confused and burdensome on society, despite the fact that many lead happy, productive and valuable post-retirement lives. For instance, a 2005 UK survey found that one in every three adults thought older people were incapable and incompetent.

Such ageist, stereotypical beliefs manifest themselves through behavioural discrimination and formalised policies. These can preclude older adults from participating fully in “social, political, economic, cultural, spiritual [and] civic” life.

Ageism extends to many areas of older adult lives, including their sexuality. In this arena, older adults are invisible. Robert Butler, the originator of the term “ageism”, indicated that despite research to the contrary, perceptions of the asexual older adult, both implicit and explicit, have persisted over many years.

In Australia, such ageism is apparent through the lack of sexual health policy relating to the needs of midlife and older adults. Although recent policy developments supporting inclusive practice for providers of health care services for their lesbian, gay, bisexual, transgender and intersex (LGBTI) older adult clients are positive, the landscape is still barren in terms of government-sponsored sexual health strategies for both heterosexual and LGBTI older adults.

Studies such as the ASHR and the NATSAL, by deliberating excluding older adults from their samples, perpetuate ageist attitudes and assumptions by continuing to render older adults’ sexuality invisible. It would make sense to include today’s older adults in such studies – not only to determine their current health and relationship practices, but to help devise strategies to combat the increasing rates of STIs and HIV/AIDS among this group.

This article is republished from The Conversation under a Creative Commons license. Read the original article.